What is the difference between a 3D printer and an industrial 3D printer? 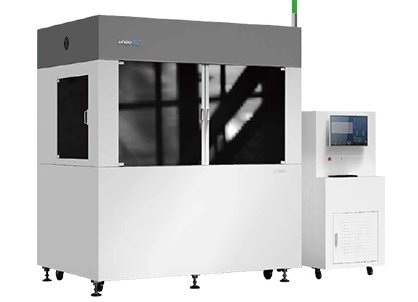 At various large and small 3D printer exhibitions, we will see 3D printing equipment of various specifications in operation, some large SLA printer is printing plastic toys and handicrafts, some are making mechanical parts such as bearings, and some are using Metal materials printing irregular dental brackets and other medical devices. The prices of these devices range from a few thousand to hundreds of thousands to millions. What's the difference? After all, it isn't just a value and function.

There is also a difference in the field of use and function. Industrial 3D printers mainly use the high temperature of laser or high-energy electron beams to sinter and smelt metal powder or wire into broken chains of objects to be printed, which are piled up layer by layer. Computer-controlled lasers or electron beams can print complex and precise structures that cannot be completed by traditional machining. Compared with traditional 3D printers, the loss of materials is small, and traditional processes such as abrasive tool manufacturing and forging molding are also saved.

Desktop-level 3D printers mainly use ABS and PLA plastic filaments, which are only basic in terms of accuracy, speed, reliability, size, and field, and can only meet the basic printing functions of individuals. It is completely incomparable.

Our UnionTech industrial-grade SLA 3D printers use UV lasers to scan and cure liquid photosensitive resins to make parts layer by layer. The ultraviolet laser beam scans the cross-section of the part on the surface of the liquid resin, and the liquid resin is cured and formed under the irradiation of the beam, and the model parts can be obtained by curing each cross-section layer by layer in sequence. The size of the part is fully covered from 100mm to 1400mm.

As an innovator of 3D printing technology in China, UnionTech focuses on the R&D and manufacturing of the entire industry chain of industrial 3D printing. Its business areas cover industrial 3D printing equipment (SLA and DLP), and self-developed applications represented by PolyDevs and EPM. Software and high-performance materials, etc., equipment productization, serialization and specialization, represent the most leading 3D printing brand image in China. UnionTech actively distributes its sales network at home and abroad, and provides 3D printing technology solutions and products to global customers.

To sum up, today UnionTech has thoroughly analyzed the desktop and industrial DLP 3D printer, and the differences are almost obvious. The summary is that, in terms of value, use, and application fields, the desktop level only stays at a single human body, and the range is 10, so industrial 3D printers are in terms of large-scale industrial technology, and the range has reached such a level as 100. It is already very vivid. If you have any questions, please feel free to consult us. We are Union Tech, a company specializing in the production and sale of various levels of 3D printers. If you have this need, please contact us.

PREV: What is the underlying principle of 3D printing?


NEXT: How is 3D printing technology used in the automotive and aerospace industries?