UnionTech Celebrated its 20th Anniversary Themed by “Two Decades of History, Creating the Future with Intelligence”

On September 25, 2020, UnionTech celebrated its 20th Anniversary themed by “Two Decades of History, Creating the Future with Intelligence” at Sofitel Hotel Shanghai, and shareholder representatives, customer representatives, supplier representatives and all employees of UnionTech, as well as several well-known domestic investment organizations attended this ceremony to witness the development of UnionTech in the past two decades. 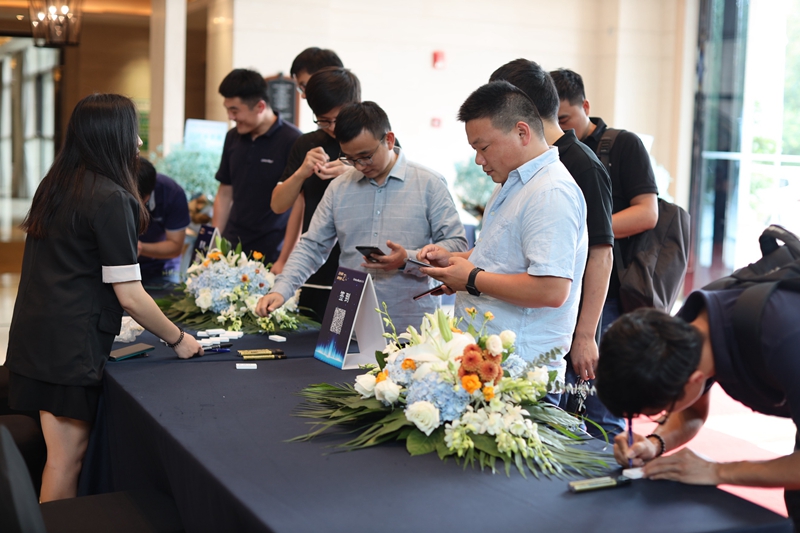 Guests and employees are signing in 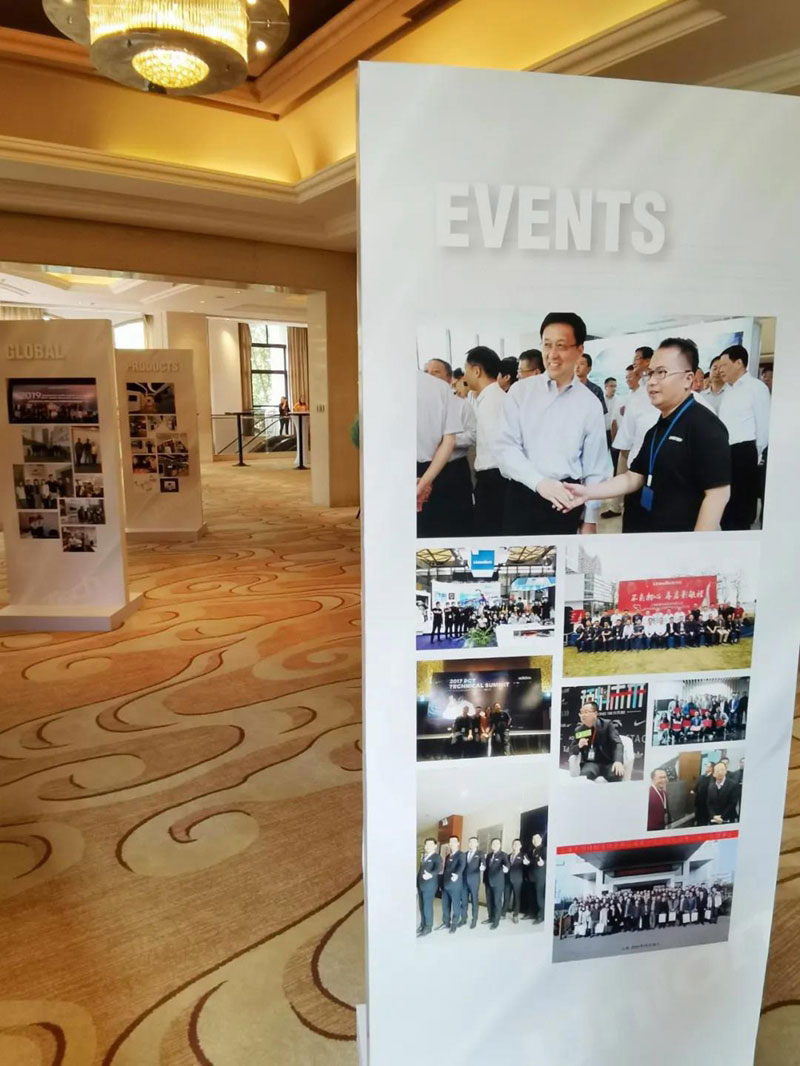 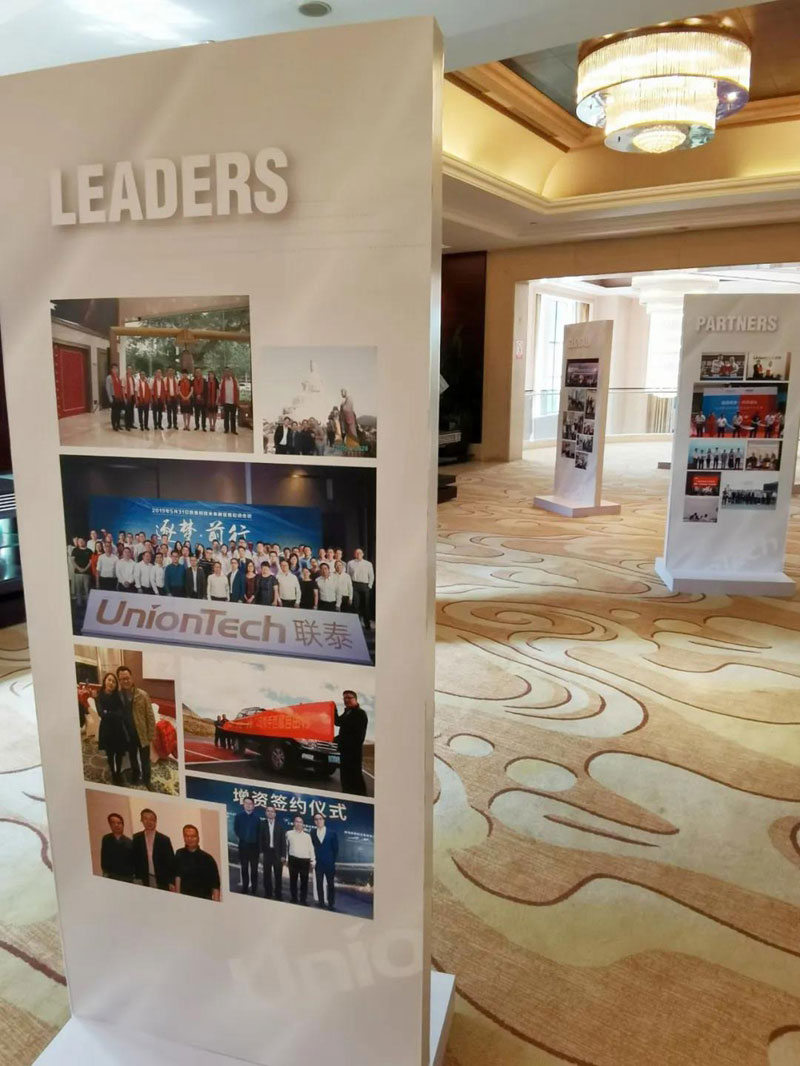 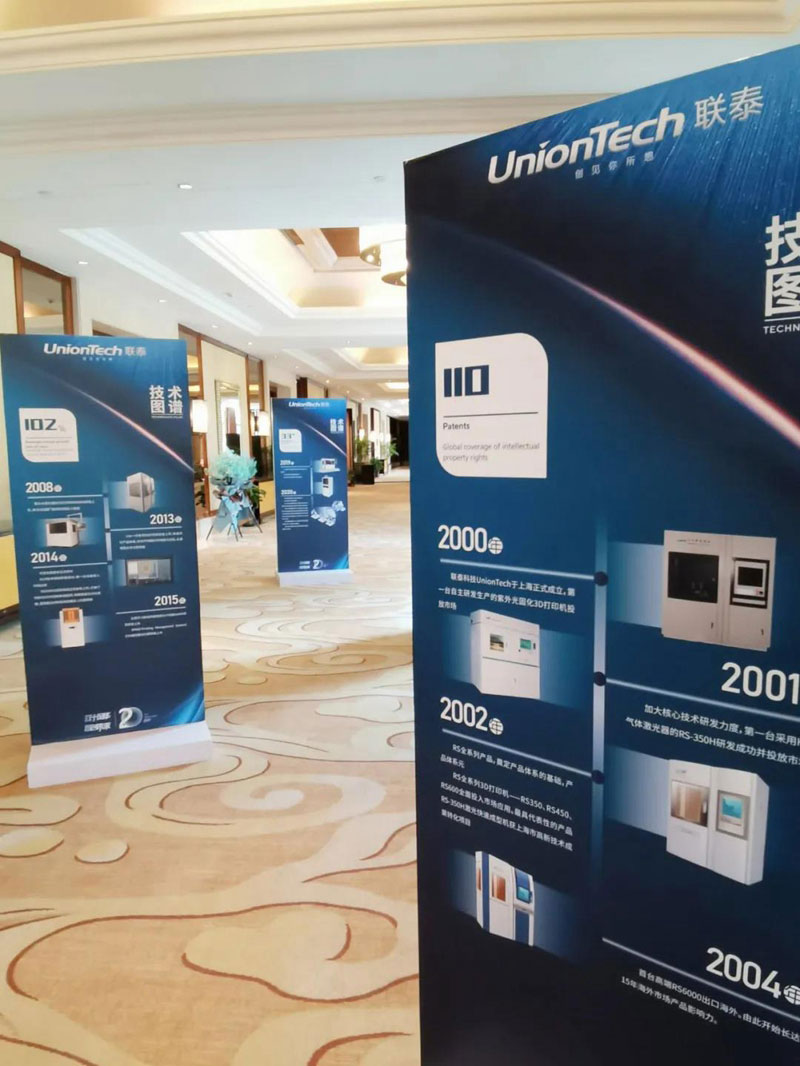 At 14:30, with a magnificent lamplight, the ceremony started. Ms. DU Yumei, Vice-general Manager and Chief Planner of Shanghai Lingang Songjiang Hi-tech City and General Manager of Shanghai Lingang Songjiang Venture Capital Management Co., Ltd., Mr. LIN Xiaofan, Partner of Tengsong Capital, Mr. WANG Jiayan, Partner of Dunhui Capital, Mr. XIA Wuyong from CITIC Securities Co., Ltd., Mr. HE Shuang, Partner of RSM China (Special General Partner), Mr. WENG Xiaojian, Partner of Llinks Law Office, Mr. ZENG Shaolian, General Secretary of Shanghai Additive Manufacturing Association, and some clients and partners as well as all employees of UnionTech dressed up and attended the dinner party, to jointly witness the development of UnionTech in the past two decades. After the guests took their sets, the music was played, and the professional and passionate host guided the attendees to watch the videos, to look back and witness the trials, hardships, honors and dreams of UnionTech in the past two decades. Each of UnionTech people blessed it better and better. 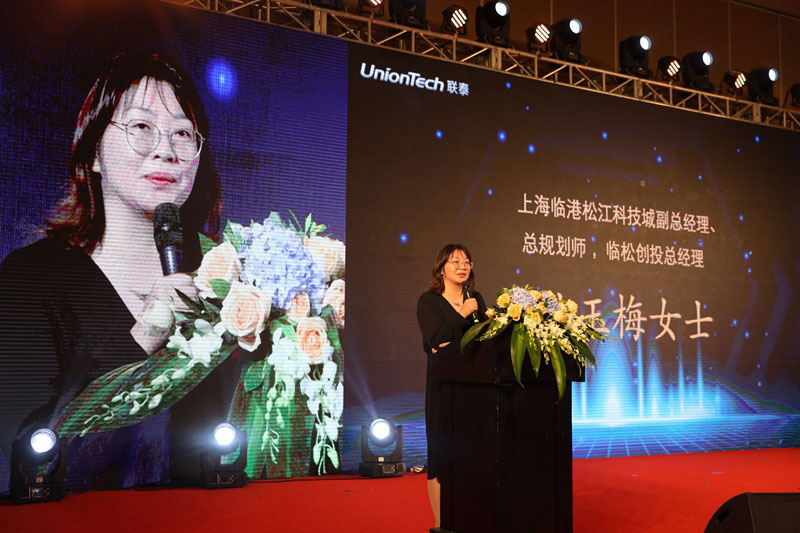 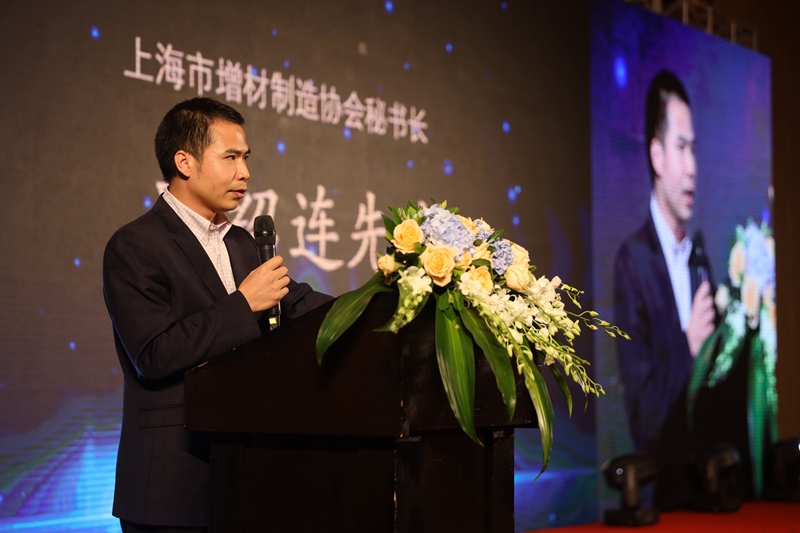 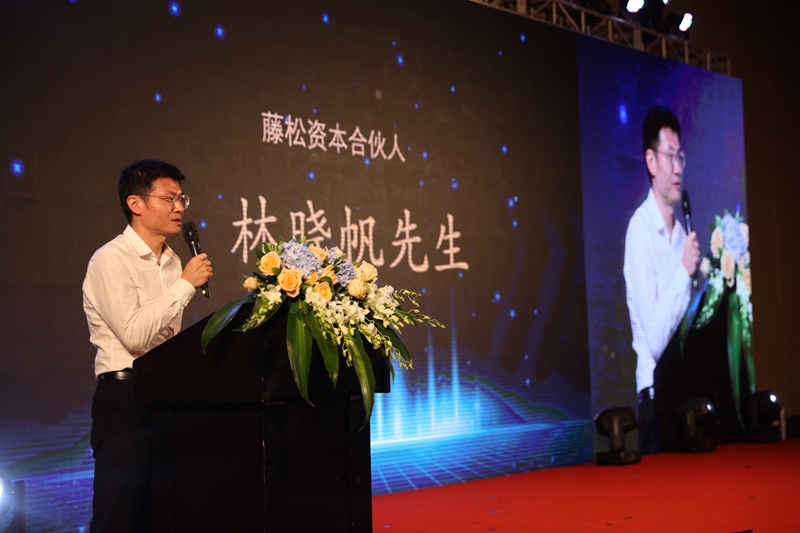 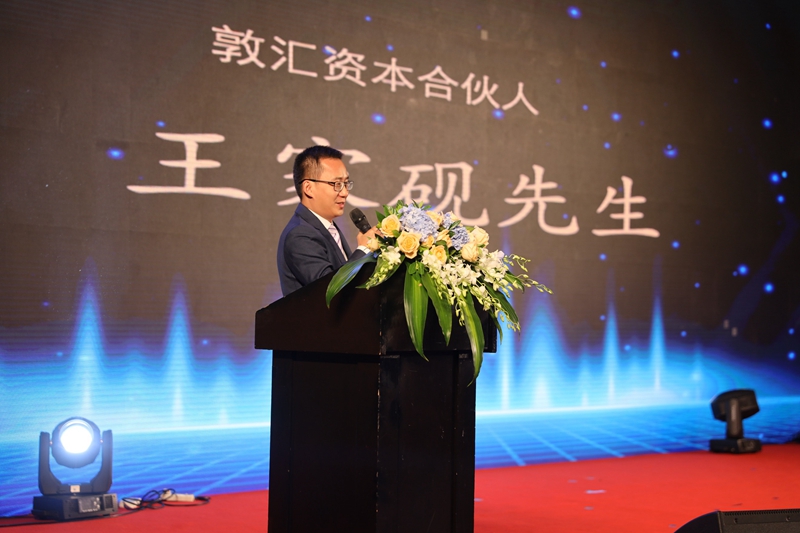 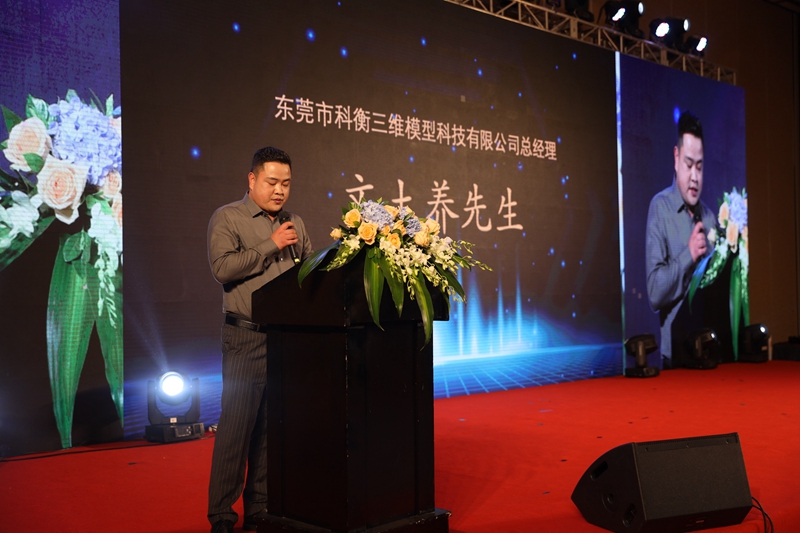 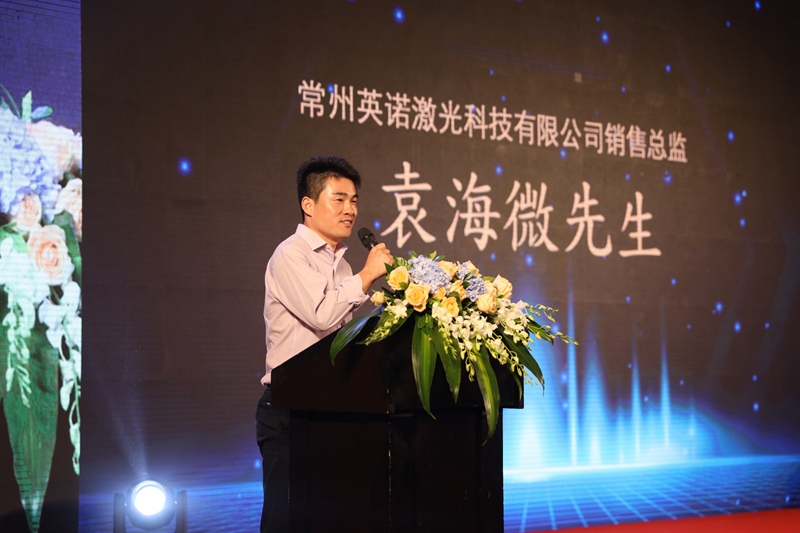 Mr. XU Hai, Chairman of UnionTech: UnionTech intends to be a “century-old brand”

Mr. XU Hai, Chairman of UnionTech, expressed his gratitude to the present guests, the partners and all employees, and extended his warmest congratulations to the 20th anniversary of UnionTech. In his speech, Mr. XU firstly looked backed the two decades of marvelous development of UnionTech. He stated that: In the past two decades, UnionTech has underwent enough experience and hardship, and now just as a vessel, it has sailed out of the bay and is heading for the blue hopeful sea steadily and quickly. The 20th anniversary is a new start and UnionTech will start from here to meet a better future. Mr. XU considered that UnionTech’s management team was full of team morale and aimed to build a “century-old enterprise” and to grow to be a great enterprise in 3D printing industry. Mr. XU hoped that all employees could work hard together, enjoy the journey, and accumulate the wealth of life that exclusively belongs to all UnionTech people. Finally, Mr. XU invited all guests and employees to enjoy the 20th birthday party of UnionTech. 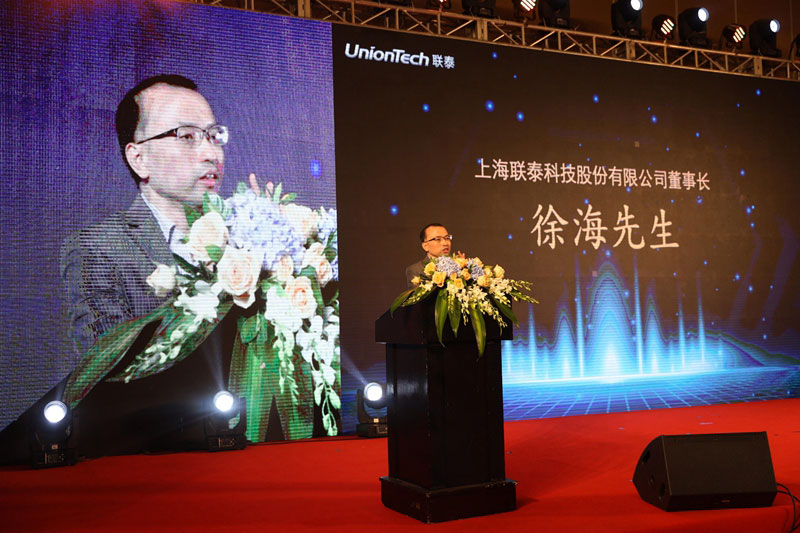 Mr. MA Jinsong, General Manager of UnionTech, leaded the attendees to look back the development history of UnionTech’s brand and technology in the past two decades. Over the years, UnionTech worked hard, thus kept good development trend and achieved excellent performance in its main businesses under a variety of difficulties – its sales exceeded RMB 300 million. Mr. MA stated that that: 3D printing will definitely be one of key links in development blueprint of the human beings, since it bears the technological base and unlimited imagination that brings about great change in the future business forms including production pattern, circulation pattern, consumption pattern. UnionTech is willing to act as one pathfinder, one paving stone and one adhesive in the 3D printing industry, to achieve transboundary via capital and to make success with knowledge, so as to combine capital, capacity, knowledge and business model. In this way, the market boundary can be broken, and a coordinate symbiotic mode with high opening degree can be jointly built, thus to create stronger capacity and value than that one single enterprise could create. 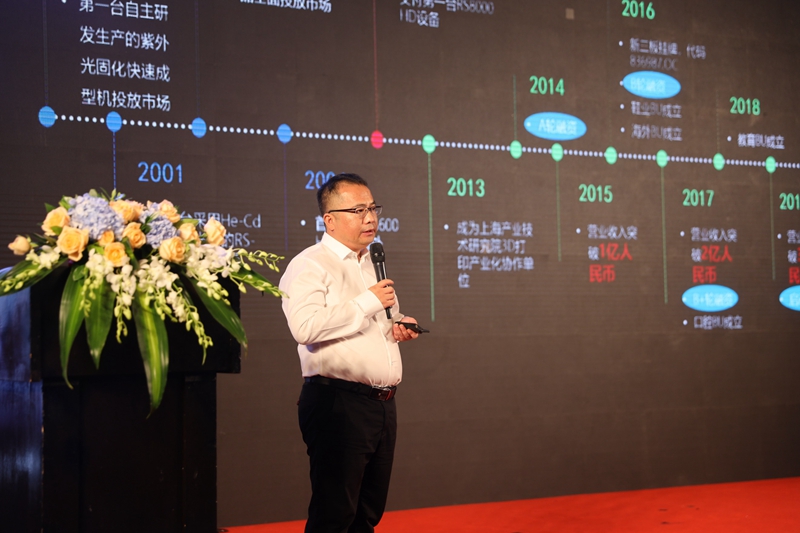 Working hard to create the future together, and the launch of Manufacturing Base in Shanghai

At the launch ceremony of the new Manufacturing Base of UnionTech in Shanghai, Mr. XU Hai and Mr. MA Jinsong, Chairman and General Manager of UnionTech as well as the management team of the Company, jointly launched the Base. The new Manufacturing Base will integrate the applications including production of 3D printing equipment, R&D of UnionFab, research and development of materials, 3D printing front-end application, and foresight test analysis. Under the principle of providing better service for customers, the Manufacturing Base is always putting product quality in the first place, and produces and delivers the best products to each customer with more advanced production technology. 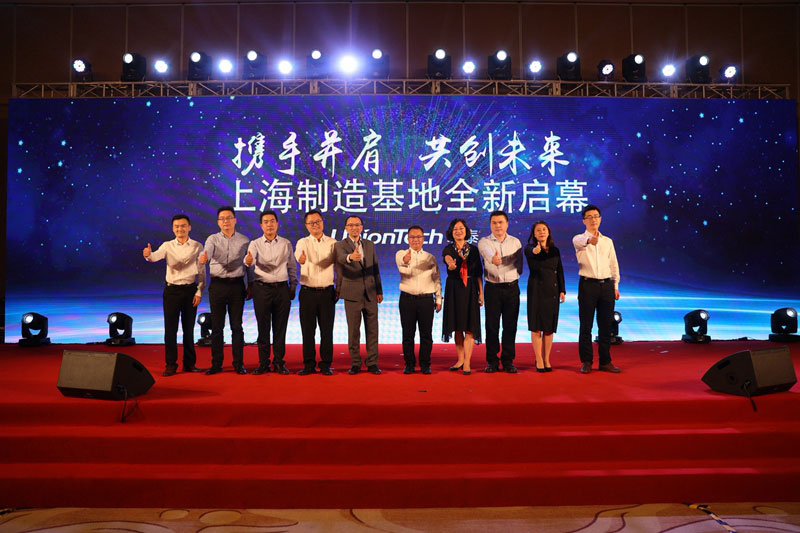 UnionTech designed one souvenir called “Years of Dancing Charm” three months ago, aiming to thank employees for their contributions to UnionTech, who helped each other during low periods and went ahead for high performance. The souvenir consists of two parts. Firstly, the upper part is made of resin by 3D printing, with one triangle meaning the original V1 vision system of UnionTech and numerous triangles meaning all UnionTech people; then the souvenir makes an integral whole upward, expressing UnionTech people of different division of labor mutually integrating into one team to set out for the future. Secondly, the lower part is made of black crystal, which is accurately cut by laser technique and is engraved with each employee’s name, thus this exclusive souvenir is more precious. The over 200 souvenirs inset on the figures 2020 constructed by 3D printing technology means that all employees of UnionTech jointly celebrate the birthday of the Company.

At the ceremony of granting the souvenirs, 20 employee representatives from different departments who joined in UnionTech in different years stepped onto the stage to receive the souvenirs from Mr. XU Hai and Mr. MA Jinsong, Chairman and General Manager of UnionTech and took group photos to mark the occasion. With fireworks display, this moment is the peak of the 20th anniversary. 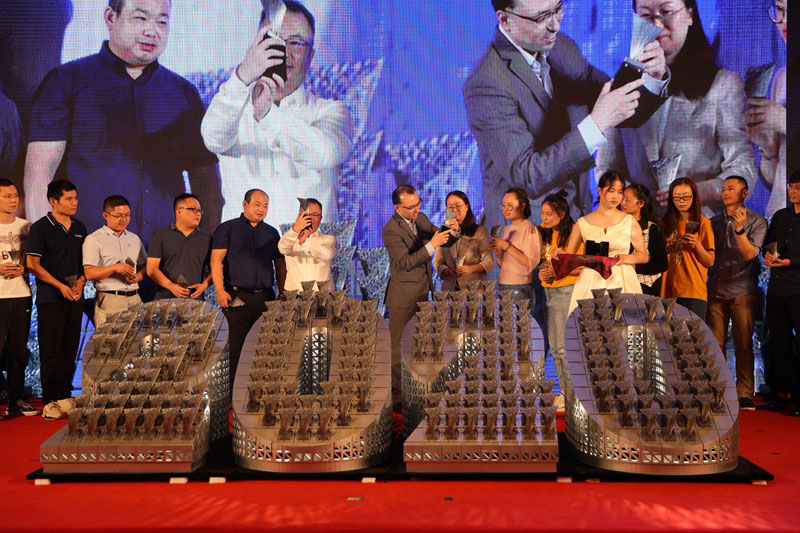 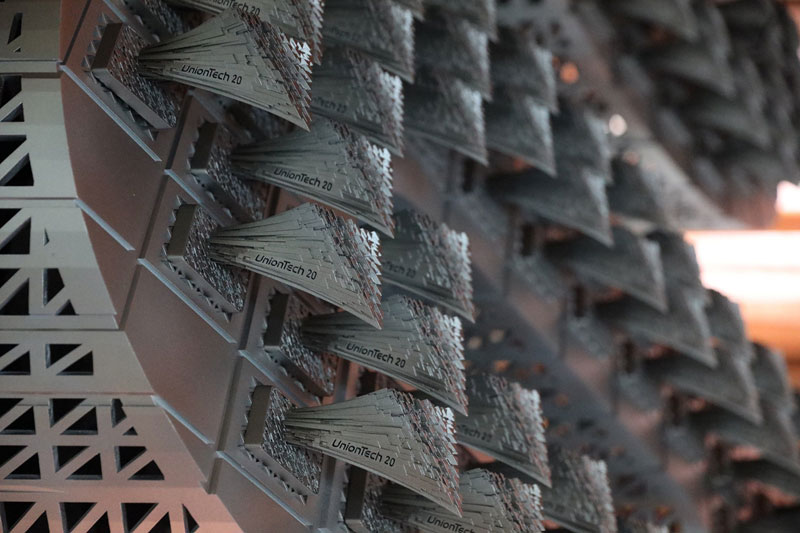 The souvenir “Years of Dancing Charm”

At the site of event, UnionTech also prepared one six meters long dominos, and each employee and guest signed name on each domino. Only teamwork could place dominos well. Each small domino shall be placed at its designated place correctly, which seems small but is of strong power, i.e., a slight move in one part may affect the situation as a whole. All employees of UnionTech are just like such dominos, who work together to make success. At last of this event, under the gaze of all guests and employees, Mr. MA pushed over the first domino, then the dominos were pushed over successively, finally forming the words “UnionTech 20th” spectacularly. The two decades of UnionTech is the history that all UnionTech people work hard together, and is the history that UnionTech starts from scratch, keeps trial and innovation and creates a new situation for Chinese 3D printing industry, together with its partners. 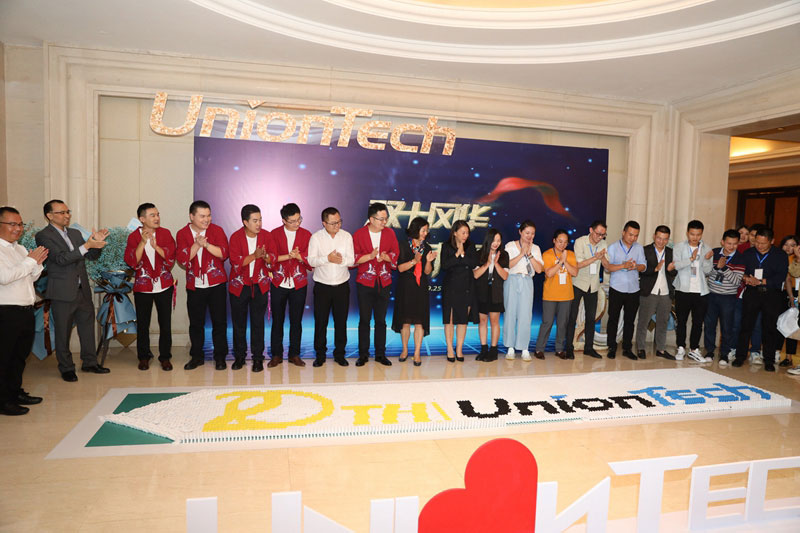 With new look of UnionTech employees, the dinner party was of high lights

After the dinner party started, Mr. XU Hai and Mr. MA Jinsong, Chairman and General Manager of UnionTech opened the champagne jointly, and all guests and employees raised their glasses. With the introduction of the host, active, open and versatile employees of UnionTech performed onstage, whose performances included war drum show, modern dance, magic, recitation and song, everyone was in high spirits with the tum and the party enjoyed a warm atmosphere. In order to achieve high sense of employee participation, there was also an answer-question game. Most questions were about the development history and technology development of UnionTech, which helped the employees to comprehend the Company better; and some questions were about interesting topics, e.g., cartoon, game, tourism and history, which made everyone chuckle. With the last song of “Hi Tomorrow”, the relaxing and pleasant dinner party rounded off. 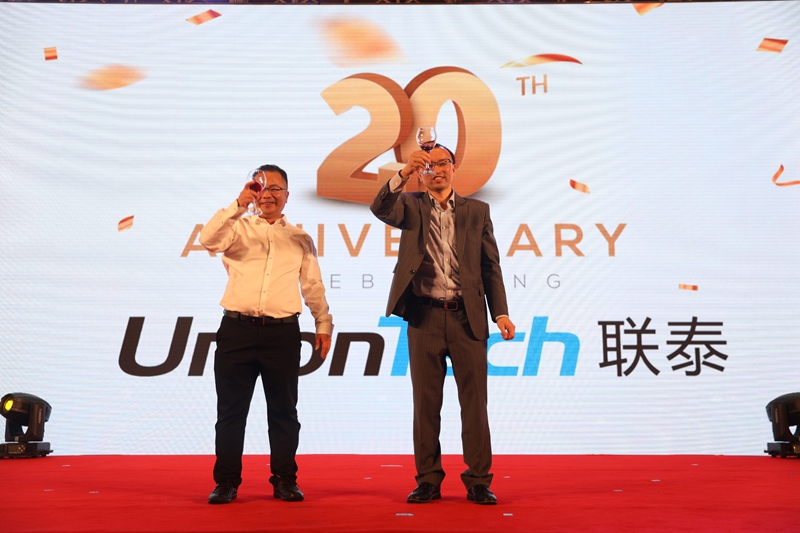 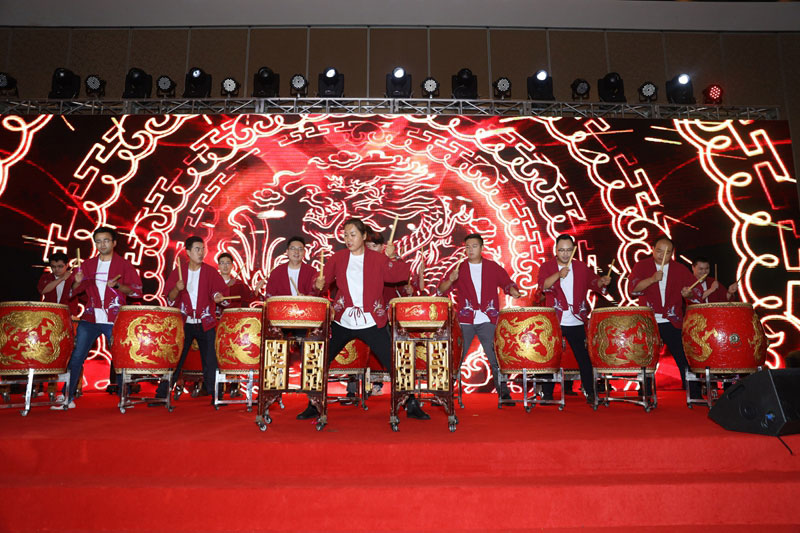 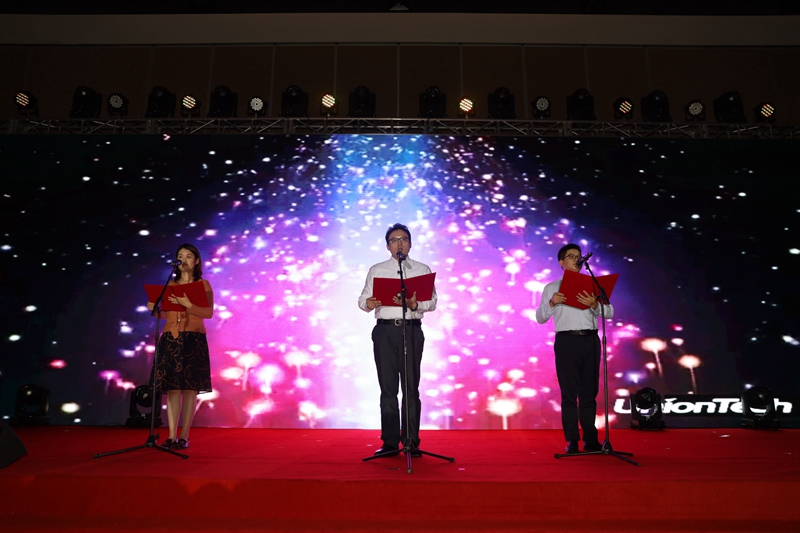 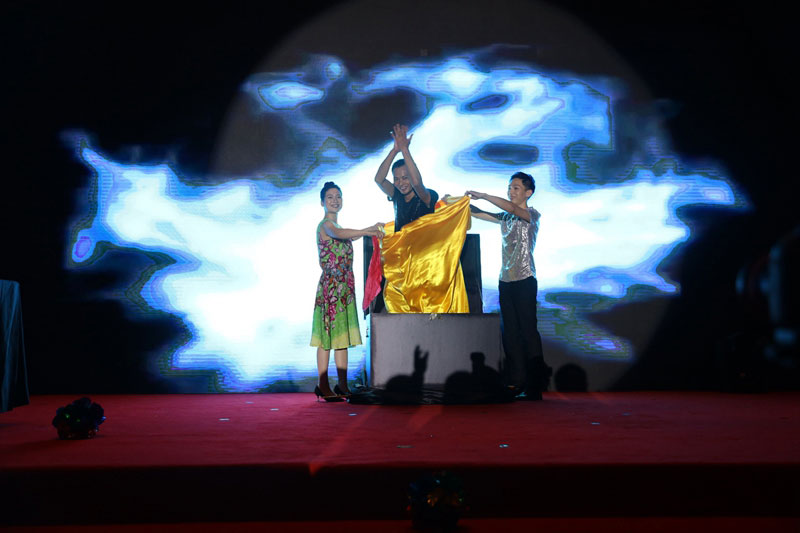 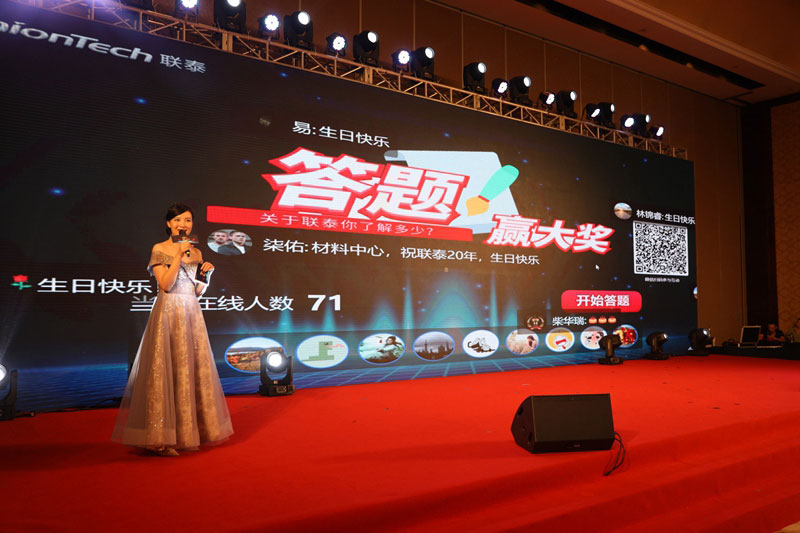 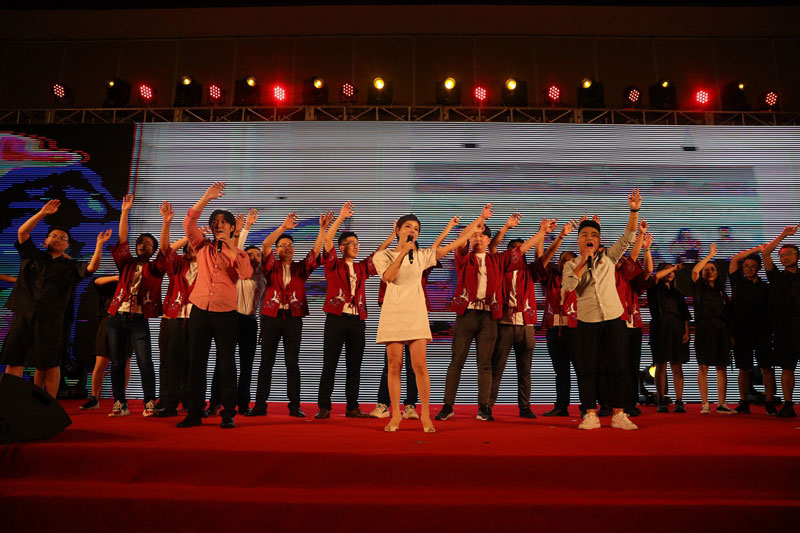 How time flies! With two decades of development, UnionTech has become the leading enterprise in Chinese CD printing industry, with the team of over 200 persons (the team of 2 persons at the beginning) and the output value of over RMB 300 million. UnionTech has been adhering to its original intention and working hard, to facilitate Chinese 3D printing industry with its professionality and dedication.

Nobody can succeed without making an effort. UnionTech tackles the touch problems in a very easy manner at present. The two decades of UnionTech is full of creation and transformation. You will find memory, youth, happiness and hope here! Let’s say happy 20th birthday to UnionTech together! The ceremony of the 20th Anniversary is over. All employees and partners, let’s set out again! 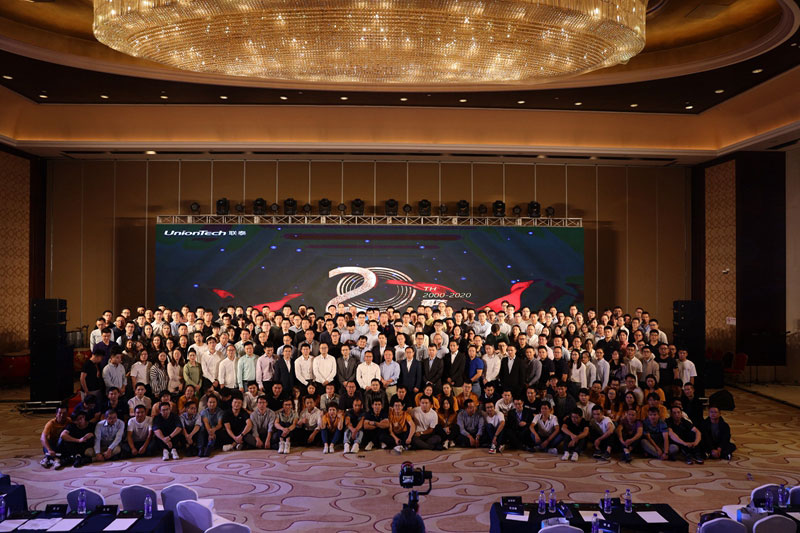