What Did Dr. Rong Zuochao Say About the Development of DLP Printing Technology

As early as in 2013, UnionTech started to set up the DLP R&D team, and launched the first DLP product for oral cavity in 2015. Since then, it has never stopped the move of exploring the underlying technology, and formed the DLP R&D architecture UDS&S (UnionTech DLP Structure & Software), to actively expand the blue ocean market, and broaden its product lines in such fields as prosthodontics, orthodontics, animation, footwear, education, industry, jewelry, medical treatment, etc. By 2021, the DLP series products have occupied half of UnionTech product family.

Today we have specially invited Dr. RONG Zuochao, who is in charge of UnionTech products, to talk about the principle and development status of DLP printing technology, and analyze its development direction. Join us to read the article! 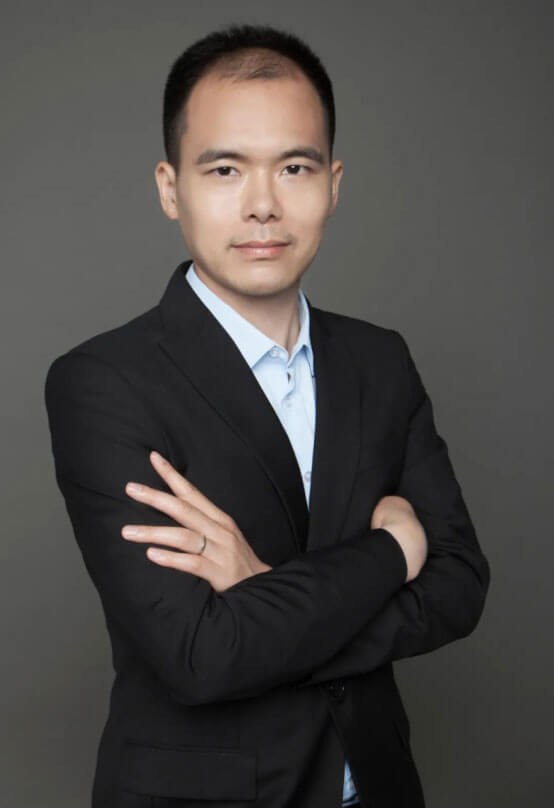 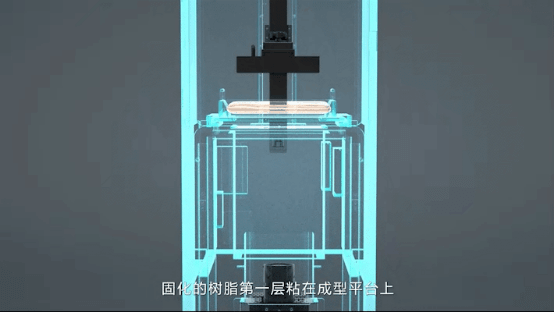 Digital Light Processing (DLP) emerged more than a decade after the birth of SLA technology. It is also recognized by the industry as the second generation of SLA molding technology, with a history of more than 20 years. DLP technology is a rapid prototyping technology that creates 3D printed objects by solidifying photosensitive polymer liquid layer by layer through a projector. In terms of this technology, it firstly uses the slicing software to slice the model; then the projector plays the slide; each layer of the image is cured by photopolymerization in areas where the resin layer is very thin to form a thin layer of the part; then the prototyping workbench moves one layer to process the next layer while the projector continues to play the next slide. It repeats in this way until the printing process ends, with both high-precision molding and fast-speed printing.

As one of the high-end printing technologies, DLP printing technology is highly concerned in the industry. Through continuous optimization and progress, industrial-grade and desktop products began to emerge. Its core technology DMD chip is also constantly updated and evolved. The latest research has shortened the printing time dozens of multiples, which enjoys an advantage not only in the molding precision and molding speed, but also in dimension and price of equipment. With the increase of customer groups, many enterprises have been attracted to engage in the industry, which truly opens the door to the development of DLP printing technology, and UnionTech is one of them.

The performance of SLA materials improves only modestly over time. However, the future development space for DLP materials is unlimited, and tends to go deep into different application scenarios. Where there is demand, there is market!

Global material giants, such as Evonik, BASF, Covestro, Royal DSM, Henkel and Liqcreate, have successively established additive manufacturing (AM) departments or branches to develop new photosensitive resin materials. They all focus their eyes on the field of DLP. They rely on their own technology and industrial resources accumulation to gradually have a presence in the field of DLP printing materials, develop new performances, and create new applications. We have reasons to believe that the attention of traditional material manufacturers can accelerate the development and application of DLP printing technology.

With the strengthening of the width in the field of materials, DLP printed ceramics and DLP printed metals gradually emerge. In a few words, the future of DLP printing materials is promising.

DLP-based 3D printer takes images from millions or even tens of millions of tiny, high-precision pixels, thus printing at a higher resolution. Laser-based stereolithography device has pixel sizes close to 100μm while DLP-based printer has pixel sizes in 15μm. In contrast, the width of our hair is 100μm. 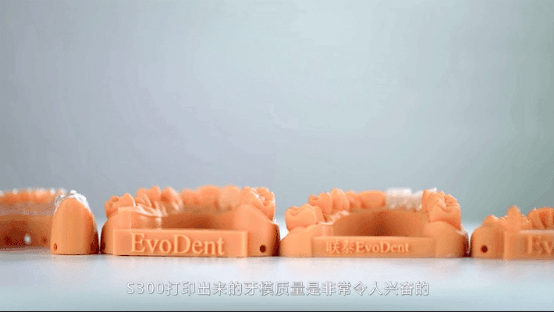 Compared to other 3D printing methods,

and allows much smoother surface of finished products.

So, the overall printing effect is more satisfying.

Almost no polishing is required except for local support.

There is also less follow-up work.

3. “Efficiency” is one of the important conditions for 3D printing to enter the mass production market.

Traditional 3D printers work from point to line and then from line to surface, building layers of specific shapes and images. Compared to DLP 3D printer, its printing speed is slower. DLP printer works by projecting and aggregating an entire layer, and forms the entire layer at a time by shining light on the resin, thus dramatically increasing the printing speed. Moreover, the continuous application of new high-precision and fast-drying 3D printing materials also help raise the molding speed of DLP 3D printing to a level. At present, the speed of UnionTech’s DLP printer for dentistry can reach 40mm/h, to easily print a dental mold in 25 minutes. 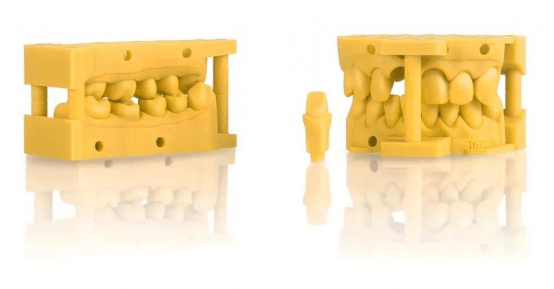 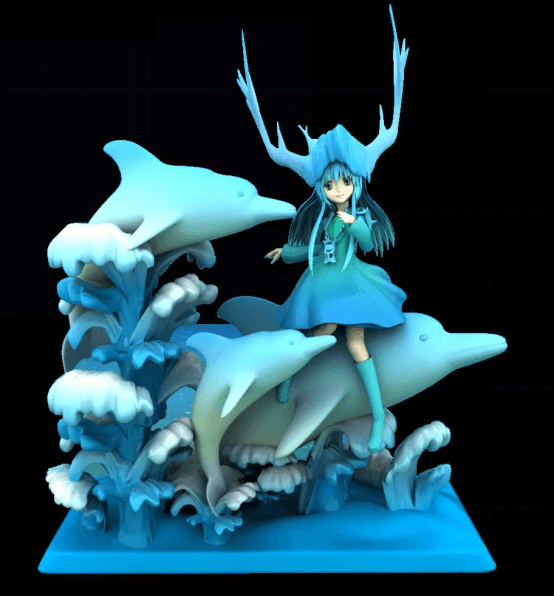 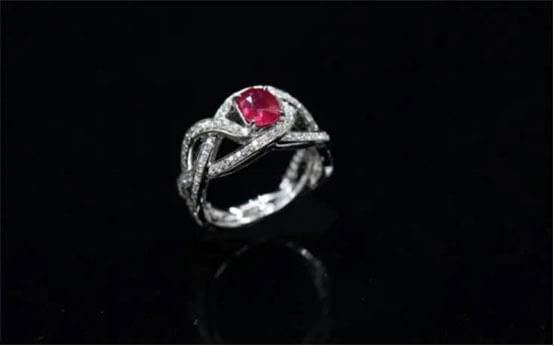 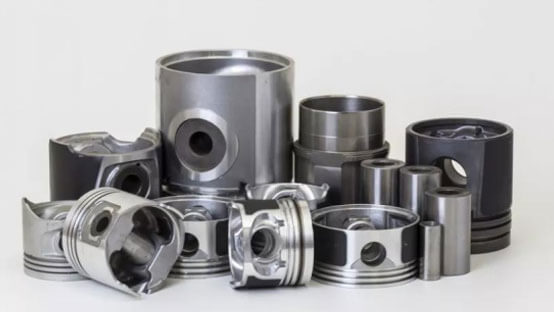 DLP projector produces a higher image contrast and owns a more compact optical path system, which earns it an advantage in volume and weight. And due to the use of reflective principle, DLP projector can achieve higher black and white contrast.

At present, the development of DLP technology is limited due to the monopoly of chip technology in some countries. Obvious limitations exist for the sizes of DLP printers on the market, and the format problem needs to be solved urgently.

Different fields have different needs for the format. For example, the format for fully automated mass production of UnionTech D800, a 3D printer specially for orthodontics, is 768×432×30mm, in which 4*4K optical machine is used to meet the requirements of large format printing in orthodontic industry. The format of UnionTech S300, a DLP 3D printer specially for dentistry, is 249.6×140.4×240mm, which can meet the daily needs of technical institutes and dental hospitals.

In the future, with the development of the chip industry, the format DLP printing equipment tends to be larger.

2. The power of DLP is not high enough, which limits the development ability of material manufacturers

The maximum power of a single DLP machine on the market can reach 6-8W at present. The problem of insufficient design power limits the development ability of material manufacturers, and also restricts the development of DLP printing technology.

Our future development direction will be how to improve the power.

Benefits of increasing the efficiency of DLP:

• Increase the printing speed and shorten the exposure time, thus allowing the printer to print faster.

• Reduce restrictions on the development of high-performance materials, because some materials can be molded at high enough power, such as metal materials, ceramic materials, etc.

3. The service life and easy maintenance of core components are gradually strengthened

As lithography machine is one of the core components of DLP printer, UnionTech has been trying to extend its service life. And for the maintenance of core components, UnionTech provides human-friendly services to reduce the difficulty of maintenance and replacement. The release liner of DLP printer has also been optimized with the development of technology, thus making its service life continuously extend, its replacement become more convenient and simpler, and the use cost constantly reduce.

4. DLP printers tend to develop at both ends: the high-end industrial grade and the low-end consumer grade

Dr. RONG Zuo-chao believes that people who learn a little about DLP technology can know that the future application space of DLP is huge. But how to build a more perfect ecosystem is always the most important and challenging part of the ecological chain for each enterprise, because most of the upstream and downstream partners related to the original DLP filed are old players in the projector market who are not familiar with the new industrial, automotive and other application fields. To cultivate and excavate large and powerful partners in these applications is the major event that UnionTech needs to promote together with upstream enterprises. At the same time, UnionTech also carries out work in the field of SaaS applications to meet customers’ needs in intelligent pre-processing, intelligent production management, cloud services and other aspects.


NEXT: 3D Printing Helps to Build a Game Chariot in PUBG - UnionTech