One of China’s Am Pioneers

A ccording to Uniontech, the company is now the largest stereolithography (SLA) enterprise in China, with a market share of 55 percent. Its portfolio includes a range of SLA materials, as well as 3D printers with an accuracy of 25 microns and build spaces ranging from 250 x 250 x 250mm to 2100 x 700 x 800mm.

Around 80 percent of Uniontech’s customers are service bureaus, but it also serves numerous OEMs. Its 3,200 installed systems produce shoes molds, automotive parts, investment castings, and more for companies such as Adidas, Gree (electric appliances), and JAC (vehicles). One of its largest customers is the AM service provider Fuhan, which already has 500 SLA printers from Uniontech in operation.

Uniontech’s 20-year history is also an accurate reflection of how the AM market has developed in China. Until 2012, the market was more or less dormant, with the company selling between one and 15 units a year. It was nonetheless able to lay important foundations, such as collaborations with Materialise (2002) and DSM Somos as a material partner.
THE CHINESE MARKET HAS BEEN BOOMING

Then things started to take off. Uniontech sold 162 systems in 2015, and by last year, that number had grown to 747. Resin sales were correspondingly high, with the company’s sales ballooning from 20.4 tons in 2014 to 531.4 tons in 2019. Uniontech, which has been an exhibitor at Formnext since its debut, achieved a turnover of US$45 million last year with its systems and materials. 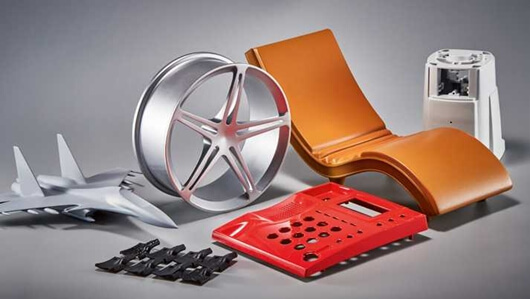 The Chinese market has been booming for us so far,« says Jeffrey Ma, who remains optimistic despite the effects of Covid-19. We’re still feeling positive about the market. It might not grow as quickly as before, but we’ll increase our business all the same.For Ma, who has been with the company since 2015, this is essentially due to three things. The first of these relates to the ongoing developments in technology and materials, which has also caused the price of relatively costly SLA resin to drop in recent years.
The second important growth factor is the Chinese government’s 2025 plan, in which additive manufacturing plays an important role.
Among other benefits, companies can receive grants for research and development, or better access to loans or investors. This also has an impact at the local level – for example, by making it easier to find new production facilities or office buildings.
Finally, the rising level of wages in China is giving additive manufacturing a further boost. »Compared to 10 or 20 years ago, labor costs are skyrocketing,« reports Ma, who sees poten-tial for further growth in AM in areas that are traditionally very labor-intensive, such as prototyping.
Uniontech has a good deal of confidence in the field of technology, as well. »In terms of the printing process, we’ve now caught up with Europe and the USA,Ma states, but also adds that the Chinese AM industry still has catching up to do in the area of applications. »This is where Europe is looking for the best solutions in combination with special software, tailored materials, and a lot of detailed work. There’s still a gap in this regard.

To close it, Uniontech has a quarter of its 200 employees working in research and development. In addition, the company has already set its sights on other ambitious plans. Preparations are under way for Uniontech to go public in 2022 on the STAR market of the Shanghai Stock Exchange, which aims to establish itself as the Chinese equivalent of the NASDAQ.

PREV: Uniontech Has Been Promoting Innovation with Technology and Development with Innovation for 20 Years


NEXT: You Are Invited: Wednesday Webinar from Uniontech on Stereolithography Technology Development & Application